DJI is the largest consumer drone company in the world. What are its competitors?

When we are talking about drone companies, what on top of mind would be DJI. So, why did DJI become so famous?

Here is a top drones companies list that ranks the best and the most influential UAV manufacturers around the world.

DJI is the leading consumer drone manufacturer. It captures about 70% of the global consumer and enterprise drone market.

It is known for its often imitated, iconically designed Phantom. Followed by the highly successful Mavic series, which has defined the style of folding drones in the market.

Its Mavis series has become the quintessential drone for new to advanced pilots and videographers. The simultaneous launch of the Mavic 2 Pro and Mavic 2 Zoom in late 2018 was big news in the industry.

In 2020, the revolutionary Mavic Mini was unveiled, packing high-end drone features into a tiny drone that weighs only half a pound. Due to its lightweight, no drone license is required in many countries, including the US, UK, Canada, Australia and China.

DJI has worked hard to create strong drone offerings in many segments, and it’s paying off.

DJI keeps adding features that go far beyond what most of us will use for a given flight. It is constantly upgrading its products with new accessories or software features. DJI is also the only vendor in the consumer camera drone market that continually releases new products year after year.

Although Parrot has pulled out of the toy drone market in 2019, the company still produces one of the best drones on the market. Their ANAFI camera drone is always a favourite on their list on the web.

Parrot designs, develops and sells drones as well as other consumer products for smartphones and tablets. Its main speciality is making wireless devices for mobile phones and cars (e.g. Bluetooth hands-free kits).

Parrot has captured a large share of the commercial and civilian UAV/quadcopter market with the AR Drone and its successor, the AR Drone 2.0. It is a mid-range hobby drone with an integrated FPV system controlled via a smartphone app.

It is also working with the US Department of Defence to build short-range military reconnaissance aircraft.

Parrot is best known for its Bebop drone, a cylindrical piece of plastic and foam that makes for an easy-to-fly drone. The Bebop 2 is now a thing of the past, the newer Parrot Anafi is its new platform, with the ability to point the camera both up and down. It is DJI’s direct competitor in the aerial photography and aerial video market.

Less well known in their lineup are the VTOL fixed-wing aircraft and the many small toy aircraft.

With a wider selection of well-designed toy drones than you might imagine, Parrot has a drone for almost every kid and adult too.

In 2014, Yuneec introduced the world’s first ready-to-fly, out-of-the-box drone: The Typhoon Q500 quadcopter. This made the company and its products very popular among professionals and hobbyists.

In early 2017, Yuneec announced the launch of the Typhoon H520, designed specifically for commercial applications, as well as a major after-sales initiative to provide quality service.

In 2018, the first voice-controlled drone, Mantis Q, was launched.

Yuneec is a, well, unique company in the market. They offer a well-equipped toy-class drone, the Breeze, but most of their offerings are for higher-end camera drone needs.

Their machines tend to be quite large, even if they fold up for transport, and have good battery life while towing decently sized cameras in the sky. Adding Intel RealSense visioning systems to some of the drones adds serious power to their object avoidance and detection capabilities.

Yuneec makes more than a million units a year, which are sold under its OEM and ODM brands.

Headquartered in Kunshan Jiangsu, China. With offices in North America, Europe, and Asia.

Founded in 2014, Autel Robotics focuses its research on the development of aerial drones for photography and other industries.

The focus is on transforming complex technology into simple solutions and developing user-friendly aerial imaging devices for photography/filming and imaging.

Another name with a rich history in aviation, Autel Robotics brings a lot of craft to the air, but perhaps only a few consumer-level crafts.

First and foremost is the Autel Robotics X- Star Premium, which alone is drone enough for us to warrant a post. We focus on several types of flying machines, including a handful of sleek fixed-wing aircraft for field inspections or just for fun.

At the higher end of the scale, Autel Robotics focuses on VTOL aircraft that can travel long distances at high speeds.

One of the featured products, the EVO, is a compact, foldable device equipped with smart flight features and a high-quality camera. The EVO has a flight time of up to 30 minutes and a range of 4.3 miles.

It operates out of Washington State. But it is owned by Autel Intelligent Technology in China.

Hubsan makes some of the most popular consumer drones on the market. Hubs’ X4 series is a great entry-level quadcopter and is included in our list of affordable drones for beginners.

Hubsan is one of the top manufacturers of toy class drones. The company is known throughout the drone market for its products that are both beginner and professional friendly.

While they do offer higher-end solutions, their sub-$100 offerings are some of the best machines you can fly. From the H107 to the H502, you get a stable flight and responsive control all the way to GPS routing and HD cameras.

With a few basic frames making up the bulk of their many offerings, be sure to look through the size you want and then the feature set that works best for your needs.

In 2019, Hubsan launched Hubsan Zino, a foldable drone that is perfect for beginners. Additionally, users can control the drone with a smartphone via the X-Hubsan app, which is available on both Google Play and App Store. Hubsan’s Zino features intelligent flight modes and a high-quality camera.

Headquartered in China with additional offices in North America.

FreeFly is not a name you’ll see at your local electronics retailer, they tend to build specialized equipment for high-end photography.

The largest machine in their lineup is the Alta 8, an octocopter that can carry up to 20 pounds of camera gear. They build all kinds of other camera gear, stabilization rigs of all shapes and sizes, reading through their list of actual drones is a short read, but a good one.

Freefly is the inventor of the Movi Gimbal Stabilizer, and they were also responsible for pulling surfers via drones.

In 2015, they introduced their new, highly professional drone, the Freefly ALTA, which is so popular that the Alta has become synonymous with Freefly and is often used interchangeably with the company’s name.

Headquartered in the US.

GoPro had a failed initial launch of its Karma drone in 2016, and they officially closed up shop on their drone product line in 2018. However, GoPro is still one of the most popular payload options for a drone.

Many drones are made with mounts specifically designed for a GoPro camera, like Force1’s F100GP Ghost. GoPro, of course, is known for making action sports cameras that are some of the best in the industry for capturing aerial footage and video with drones.

Insitu offers the full range of drone services: Hardware in the form of commercially oriented drones; software to extract information from raw data collected by drones; and drone-related services for commercial applications such as surveying and reconnaissance.

Their ScanEagle drone is designed for aerial photography with various applications such as agricultural assessment, oil or gas pipeline inspection, and force protection.

Insitu is a subsidiary of Boeing, which is a big player in the mid-sized drone industry. Although most of its drones are aimed at the military market, Boeing has also ventured into the marine drone sector with the acquisition of Liquid Robotics.

Boeing reported revenue of $20.0 billion, driven by lower 737 deliveries and higher defence and services volume in the third quarter of 2019. The Boeing 737 MAX is the company’s newest family of single-aisle aeroplanes and is the fastest-selling aeroplane in Boeing’s history, with about 5,000 orders from more than 100 customers worldwide.

Headquartered in the US.

Ambarella is best known as the maker of the chips in GoPro’s action cameras, but the company also produces video processing chips for other drone makers. It brought HD and UHD video to drones for the first time and powers many of DJI and Parrot’s best-selling products.

EHang designs and manufactures drones that can be controlled entirely through a smartphone app.

Their GhostDrone 2.0 has some great features, like self-protection that lets it automatically return when battery power is low or communication is lost; two sensors, so a backup kicks in if the first sensor fails; and app controls designed to let “smart algorithms” kick in to reduce human error during flight.

EHang continues to explore the limits of the sky with its pilotless air taxi, the EHang 216, which seats two passengers. The EHang 216 will be tested for the first time in the US in early 2020.

Embention is a leading supplier of autopilots and components for UAVs and ready-to-fly drones for professional and military applications.

Embention develops components and critical systems for drones and eVTOL (electric vertical take-off and landing aircraft). Embention was founded in 2007 and started its activities with the development of autonomous aerial forest firefighting systems. After winning several innovation awards, Embention focused its activity on the UAV and UAM industry.

In recent years, Embention has rapidly risen in the ranking of the most important high-tech companies in the UAV and UAM sector, achieving feats that were hard to imagine at the beginning.

Top Drones Companies in a Nutshell

DJI has a big lead and there is no sign of Parrot or Yuneec catching up.

However, DJI is a Chinese company. Given the strained relationship between the U.S. and China, it is unclear whether the U.S. will tighten its restrictions on Chinese-made drones. These machines may be seen as a threat to privacy or security due to their increasingly powerful application.

If you’re looking for your first drone, don’t forget to visit our ultimate drone buying guide. It highlights all the tips you need to buy your first quadcopter! 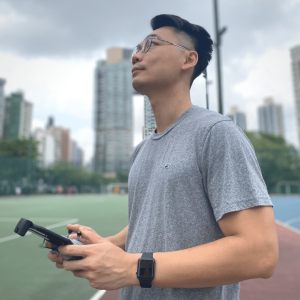 A drone lover who loves to share everything about drones!
All Posts » Drone Buying Guide: How Can Beginners Pick the Best Drone? 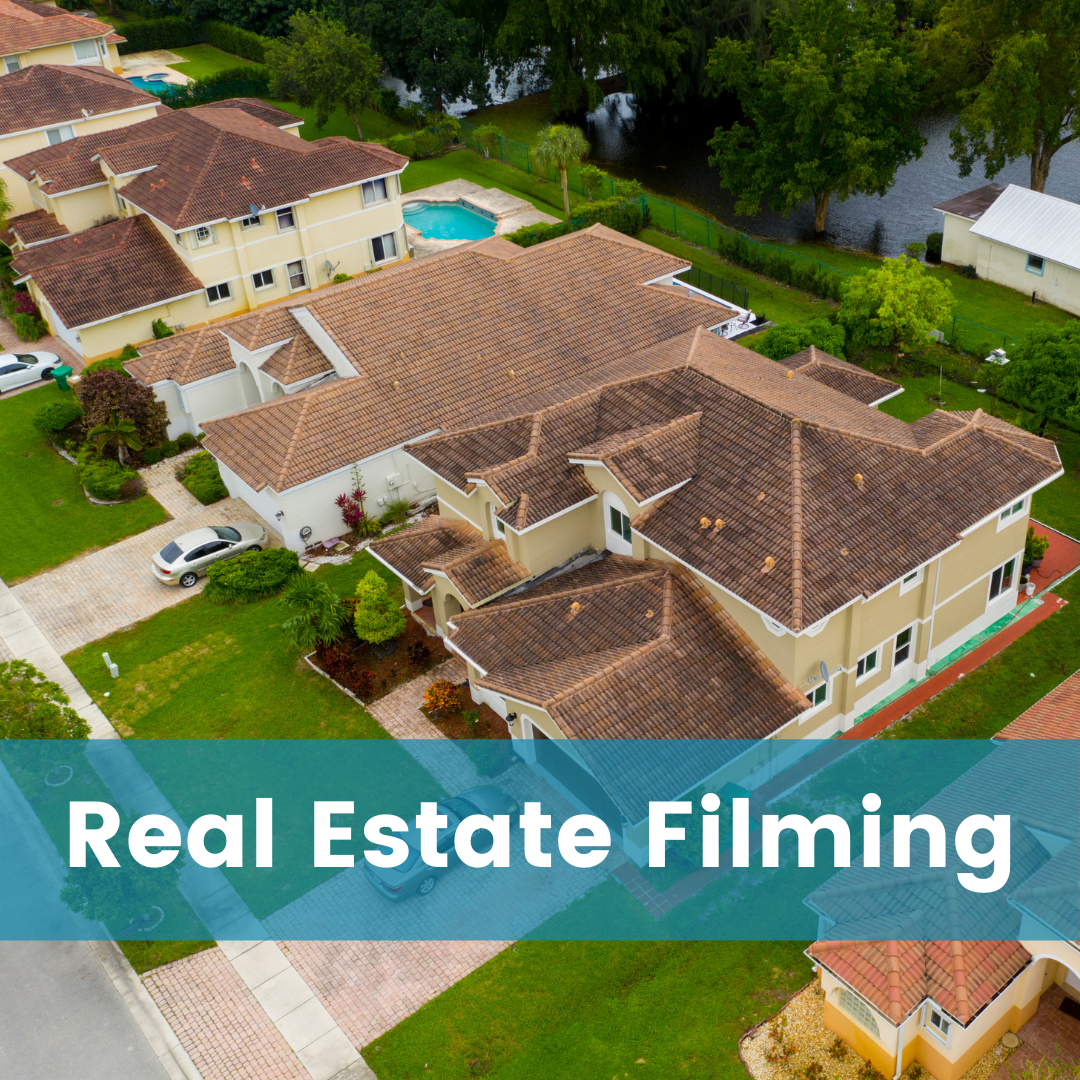 How to Make Awesome Money With Real Estate Drone Photography? 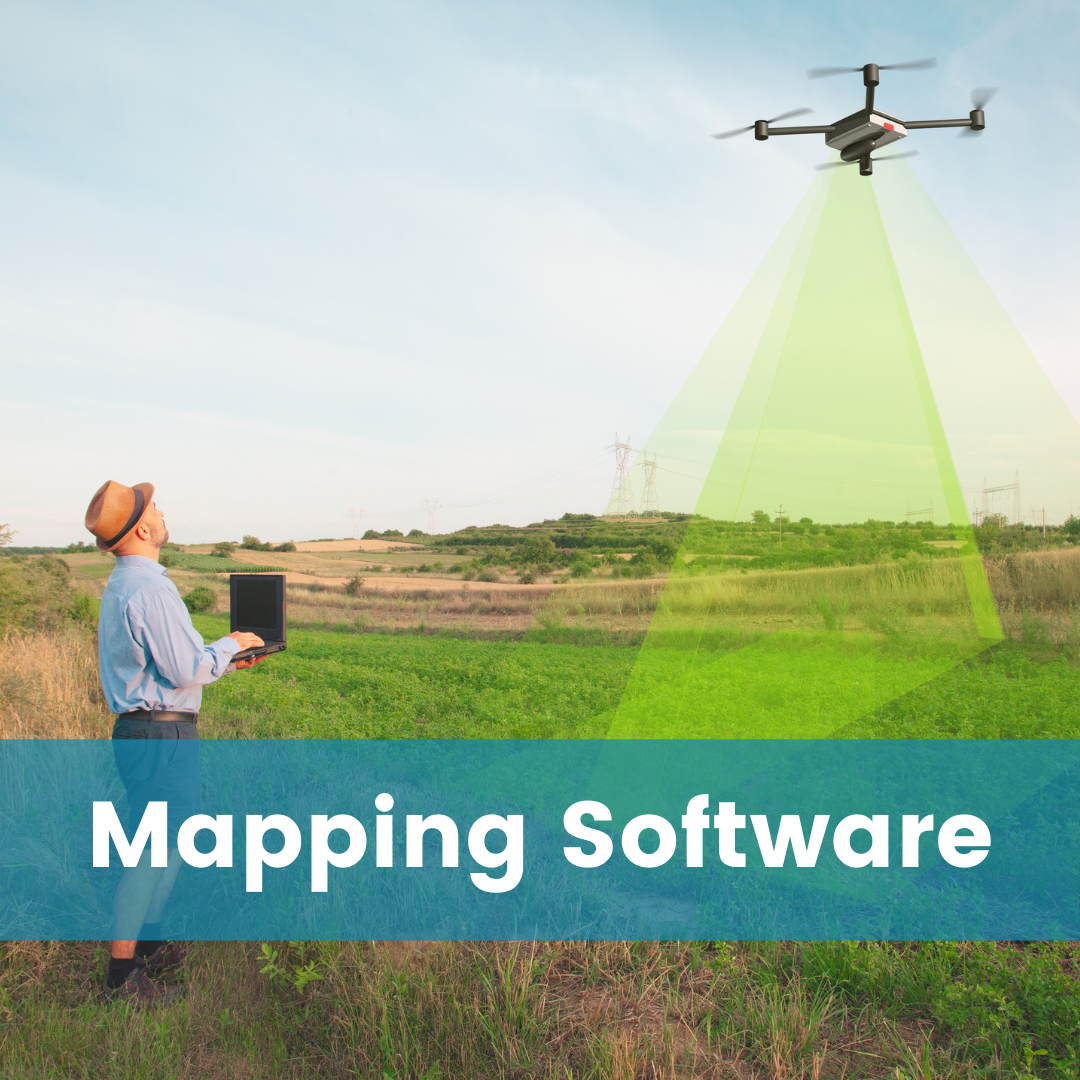 10 Best Drone Mapping Software for Every Industry (With Free Trials) 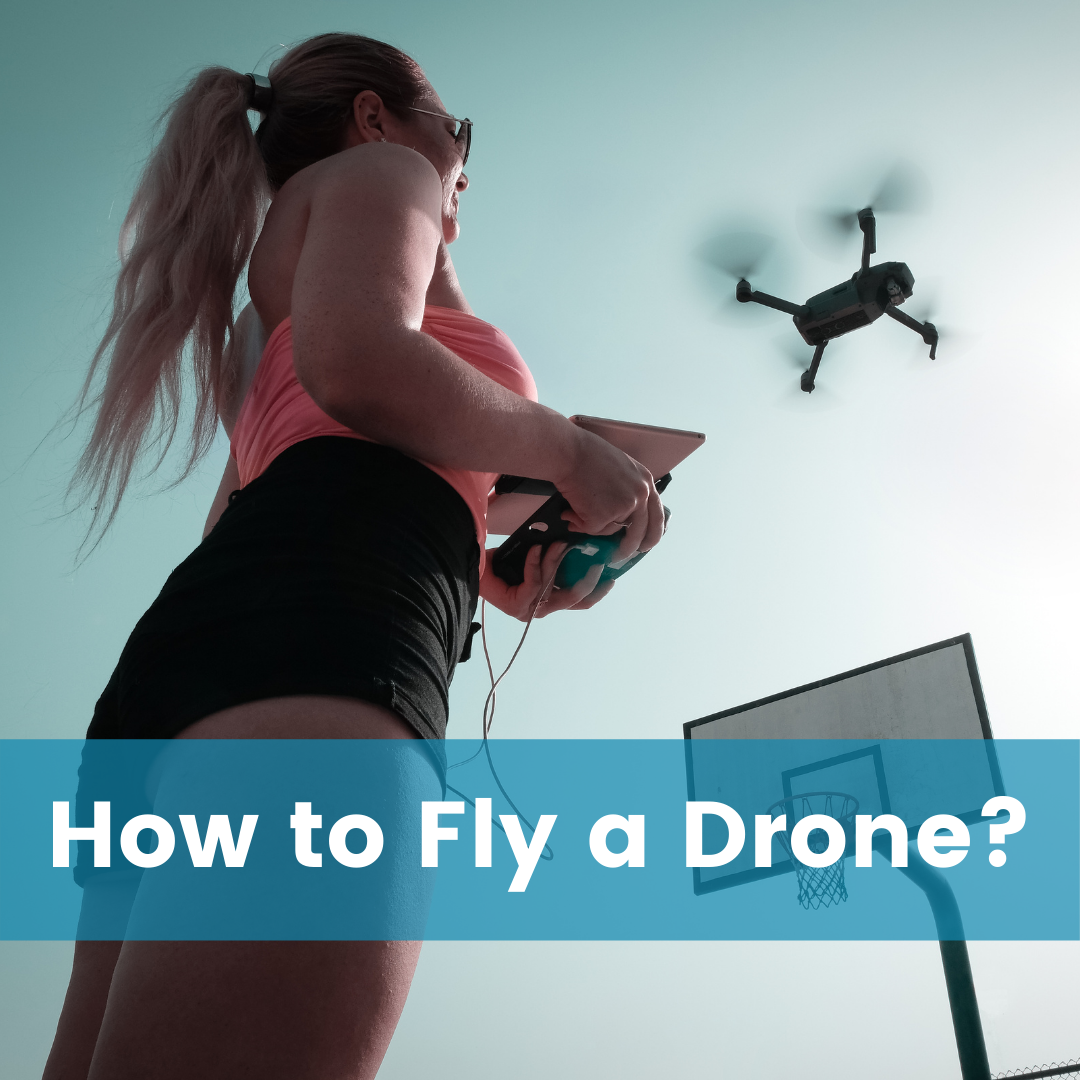 How to Fly A Drone? Ultimate Guide Every Beginners Need

We have partnered with XX and click in now to buy your favourite drone NOW with 30% discount! 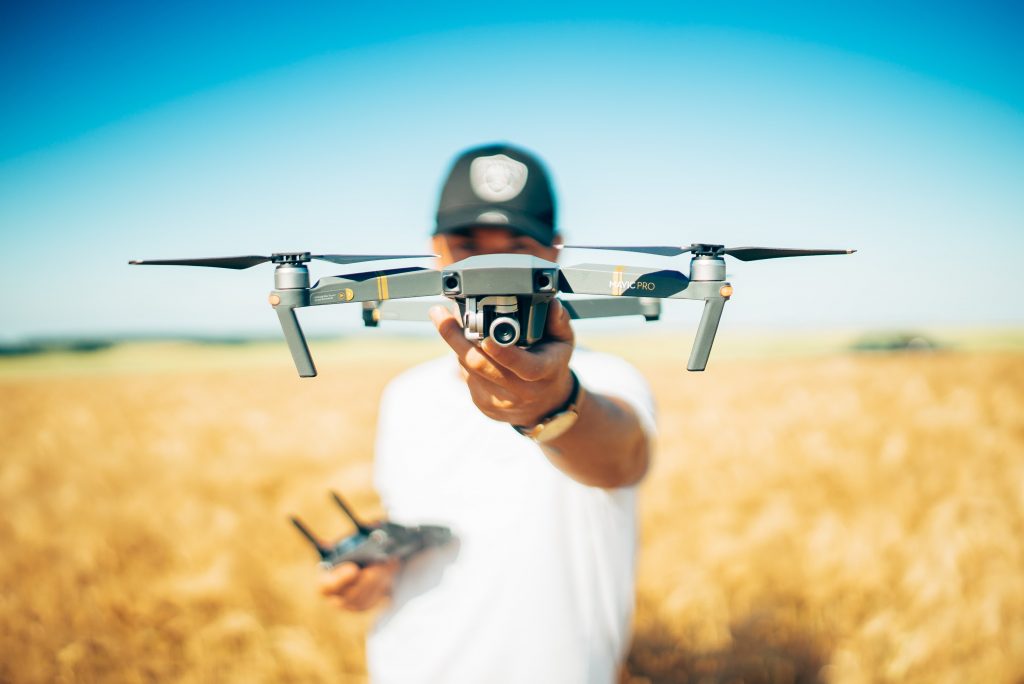